I went back into Acronis on the Eee, pointed toward the INF folder on the external drive as the source of drivers, and went through the steps of recovering the full Windows 7 installation from the desktop machine. This time, I got "Recover operation succeeded" without any error messages. So it appeared that the approach of pointing Acronis to a whole folder full of. I rebooted the Eee and got a "Starting Windows" screen. Now there was a problem of making sure Windows 7 from the desktop was actually going to run. It was trying to load all the things that the desktop version would load, and some of those were not relevant. I restarted in Safe Mode by hitting F8 repeatedly as soon as it rebooted. First, in Programs and Features, I uninstalled programs that I would not be using on the notebook e.

Second, in Device Manager, I looked for inappropriate hardware. The only item marked as dysfunctional was the ethernet device, probably because I had chosen Safe Mode without networking. I rebooted into Normal Mode. No, there was an Ethernet Asus Eee PC 1215T Netbook Keyboard Filter problem here too.

I right-clicked and chose Uninstall. Also, since there did not seem to be a need for the 15GB partition mentioned above, I went into GParted and deleted it, and also rearranged and added partitions as desired.

Unfortunately, at this point I began running into problems. It seems that my first Asus Eee PC 1215T Netbook Keyboard Filter should have been to delete my user profile and create a new one, or perhaps to include some kind of generic or blank user profile before making the drive image that I was now restoring. Win7 was trying to load all kinds of stuff that wasn't going to work, and many of its settings were wrong. In both Normal and Safe modes, I wound up getting stymied by "Server execution failed" errors.

A search Asus Eee PC 1215T Netbook Keyboard Filter to suggestions that the problem was due to the registry looking for partitions that did not yet exist -- that I had not yet had time to create or re-letter using diskmgmt. That may have been related, also, to my attempt to set up a paging file on one of those other partitions before re-lettering it. So I started again. Second time around, restoring again from the Acronis backup of the desktop, I was back to getting the first error reported above: So now I connected the USB drive back to the desktop computer and copied just the inf folder to it.

That is, I did not again copy the drivers folder. But this was not the solution: I got the PCI device driver error again.

After I clicked "Ignore" on that error, it again reported that the recovery operation had succeeded. I tried to boot the machine into Safe Mode. SYS and then restarted itself back to the Asus Eee PC 1215T Netbook Keyboard Filter menu. Second time, I let it try to go into Normal Mode, but that failed too. I verified that the INF folder did have a copy of Classpnp. It hadn't been bad previously. A search led to the suggestions that this could involve a problem with hardware or a corrupted master boot record on the hard drive. Someone at Microsoft suggested that Classpnp.

Asus Eee PC 1215T Netbook Keyboard Filter It occurred to me that, of course, I had been rewriting the external USB drive with the contents of the inf and drivers folders on the desktop PC, not from the backup of the Eee. In other words, I had deleted the INF folder, thinking I wouldn't be needing it anymore, and now that I did need it, I had been recreating it the wrong way. Dumb mistake.

I started over, making sure this time to populate the INF folder on the external drive with drivers and system files from the Acronis backup of the original Eee installation. I copied both of those folders to the INF folder at the same time, paying no attention as to which would overwrite which. I tried again with Acronis.

This time, I did something a little different from before. I had not previously noticed the Options option Asus Eee PC 1215T Netbook Keyboard Filter Acronis, but now I selected "Validate backup archive before recovery" and "Reboot the computer automatically if needed for the recovery. I had already validated the backup when I had made it, so that step did not seem vital. This time, the recovery process was successful. Now I had to see about a more cautious way of proceeding. 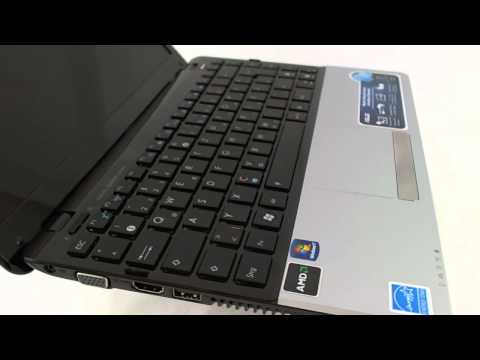