Well not just these days, there have been for quite a while now. Everyone has their own opinions on what they like and dislike depending on their hand size and whatnot, but the best I've had the pleasure of playing with, and there have definitely been some I had the distinct displeasure of playing with, was the Thrustmaster Firestorm Dual Power. I'm still really keen on that pad and use it when I get into games that require one. So naturally, Thrustmaster Firestorm Gamepad we received one of the Thrustmaster Firestorm Wireless gamepads in the office, I stole it and horded it and used it at home and totally forgot to review it. But lo and behold, here it is, the Firestorm Wireless review. Only a couple of months afterwards. But hey, at least I've had plenty of time to give the controller a thorough using right?

There were quite a few reasons I liked the Dual Power so much and thankfully many of them have passed along to it's cousin. The shape and design that fit my hands so well is back and as splendiferous as ever.

The shape is nice and curvy meaning no awkward corners to rub the wrong way on your hand after using the controller for a long period of time. The slightly rubbery material they use for the controller covering is Thrustmaster Firestorm Gamepad back and still as comfy on my hands as well. The whole line keeps the basic shape and design in tact and for good reason. The button layout is also the same. 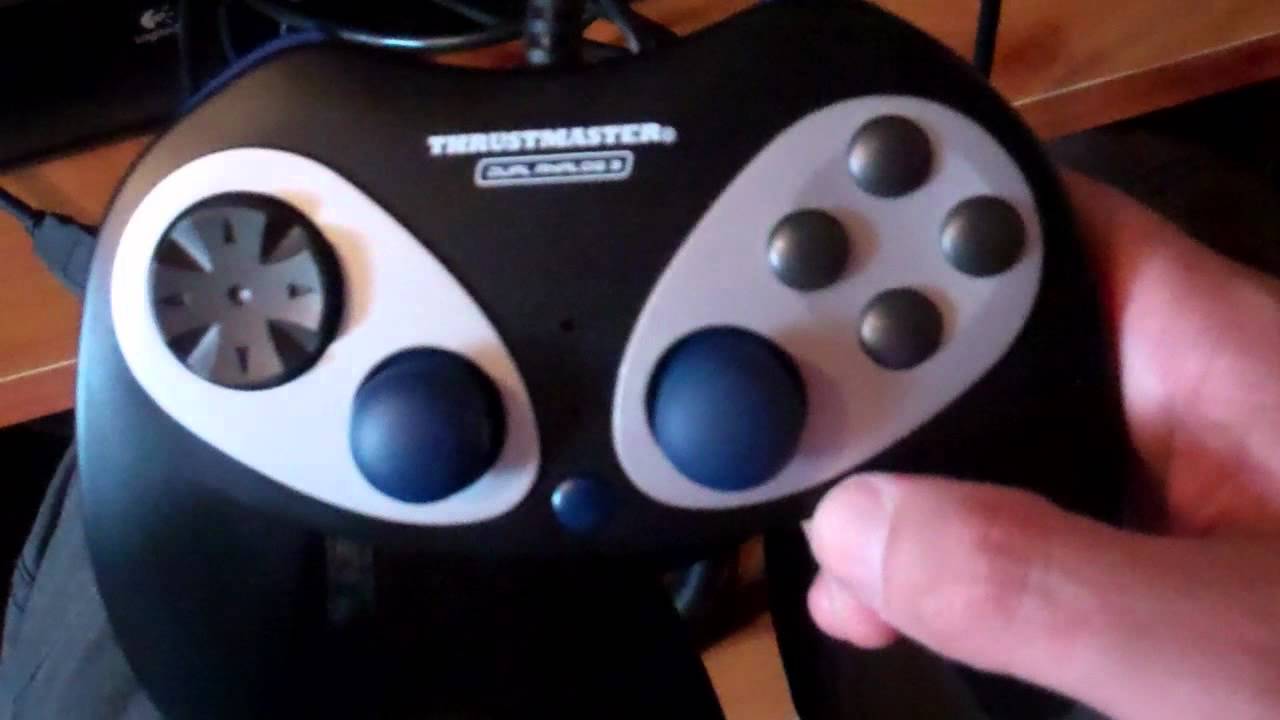 You'll get four right thumb race buttons that are big round, comfortable and give that satisfying push that means you're doing something. You've got two shoulder buttons on each side of the controller and two more, one on each Thrustmaster Firestorm Gamepad, farther underneath in perfect position for either your middle or fourth finger to access depending on your comfort. 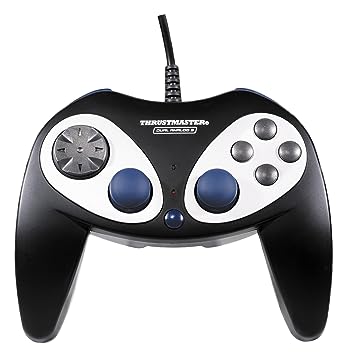 You've also got the Thrustmaster Firestorm Gamepad that moves you between analog and digital and the two analog sticks that double as buttons by pushing them down. That's 13 buttons total, all of which are easily accessible and satisfying. If fact, the only thing that I can think of that might have made me happy Thrustmaster Firestorm Gamepad it was possible would be some analog triggers like those you can find on the Xbox controller.

Those are perfect for throttle and brakes, but maybe in the next generation we can hope for those. The analog sticks are very good as usual. The sticks are responsive and easy to Thrustmaster Firestorm Gamepad and have never gotten stuck. The tops of the analogs are curved and comfortable and support your thumbs well.

The digital pad is actually a bit different from Thrustmaster Firestorm Gamepad Dual Power's model with smoother pressure points. This is actually something that I had remarked on in the last review and something I was initially happy to see that they changed. It is more comfortable than it used to be, but for some reason it just doesn't retain the same feel of exact control.

The digital pad on the Dual Power was a little sharp on the edges, but you could really feel when you were pressing Thrustmaster Firestorm Gamepad right direction and hitting the diagonals was easy as pie. It isn't terrible on the Wireless, but the response and feel actually seems to have diminished a little while the comfort level rose. I guess there's a strange trade off here. I'm greedy though and want the best of both worlds. Now to the major difference. Obviously this lies in the whole "Wireless" thing. 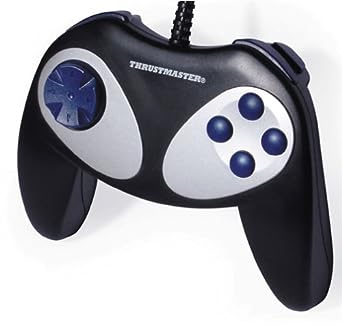